We host a number of events throughout the year, including our annual International Trade Conference.

North American Energy Forum:
Response, Resilience and Recovery
We're inviting you to participate in our virtual forum and learn:
Our panelists will provide their unique perspectives in a conversation on leadership and vision during a crisis.
Moderated by Stephen Hannemann, Chair of Board of Directors, World Trade Center New Orleans.
RACHEL McCORMICK
CONSUL GENERAL FOR ARKANSAS, LOUISIANA, NEW MEXICO, OKLAHOMA AND TEXAS 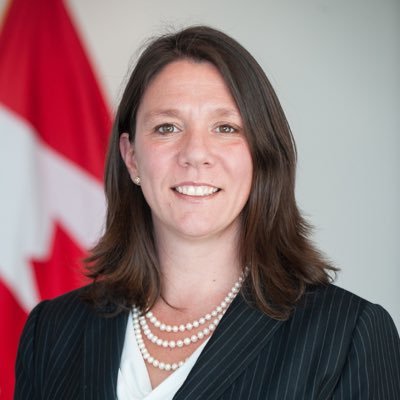 Rachel McCormick is currently the Consul General of Canada to the states of Arkansas, Louisiana, New Mexico, Oklahoma and Texas.
She was head of the Energy and Environment Section at the Canadian Embassy in Washington, DC from 2014 to 2019.
She joined the Department of Foreign Affairs and International Trade in 2004. In Ottawa she worked in divisions responsible for sustainable development, energy, climate change and circumpolar affairs. She represented the Government of Canada in a range of international forums, including the Arctic Council, the North American Commission for Environmental Cooperation and the United Nations.
Previously, she held positions within the Canadian energy sector and at the World Trade Organization in Geneva.
She has a Bachelor of Arts (Honours) in Economics for Land Use and Environmental Studies from the University of Saskatchewan and a Ph.D. in Environmental Science from the University of Calgary.
PAUL AUCOIN
EXECUTIVE DIRECTOR, PORT OF SOUTH LOUISIANA

Paul G. Aucoin was born and raised on the Westbank of St. John the Baptist Parish in Wallace, Louisiana.  He attended Loyola University for undergraduate school and received his Juris Doctor (J.D.) from Loyola University Law School in May of 1970. Aucoin has practiced law since graduating from law school, acquiring his own private practice in May 1971. He maintains his private law firm to this day. Aucoin is the proud father of two girls, Shelley and Leah.

In July 2013, Paul was selected to serve as Executive Director of the Port of South Louisiana. He has longstanding affiliations with the American and Louisiana State Bar Associations. Furthermore, he has served as Director and Chairman of various organizations and boards including the 29th Judicial District Indigent Defender Board, the Board of Supervisors for the University of Louisiana System,  the South Central Planning Regional Loan Foundation, the River Parishes Community College, the River Parishes Tourist and Visitors Commission, the River Region Chamber of Commerce, the St. James Bank and Trust Company, the St. James Bank Corporation, and the St. James Parish Economic Development Board. He has close ties with other local groups like St. Joseph Co-Cathedral Pastoral Council, the River Region Arts and Humanities Council, and the New Orleans Chamber River Region Committee.
Paul was appointed to the Board of Directors of the World Trade Center of New Orleans and participates in the organization’s Government Affairs, International Business and Transportation committees.  Most recently he was appointed to the Louisiana Board of International Commerce and the Louisiana River Pilot Review and Oversight Board.

Paul was named as one of the “21 of Industry’s Most Influential Leaders of the Corridor” in 10/12 Industry Report in 2016.  He was honored to receive the World Trade Center 2017 Eugene Schreiber Award and the Plimsoll Mark Award at the World Trade Center International Jubilee.
This program is sponsored under the WTC Global Connect Series.
We proudly acknowledge and appreciate our Global Connect underwriters:

We would like to thank our Trade Promotion Partners for their support of this program: 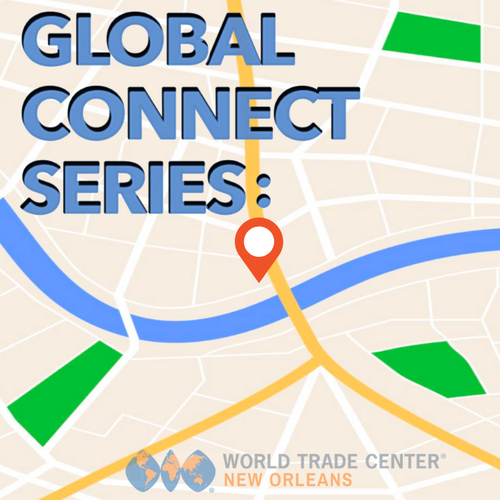 A Microsoft Teams Conference Link will be forwarded upon registration.

This program is available at no charge.

Premier annual luncheon ceremony honoring an individual who has made significant contributions to the maritime industry.